The more you know, the better it tastes!

The winter seafood champion in Kanazawa would have to be the kano-gani, or snow crab. The male snow crab, marked with blue tags as a local catch, is a must try, but the female crabs are also quite a delicacy. Why not try both? 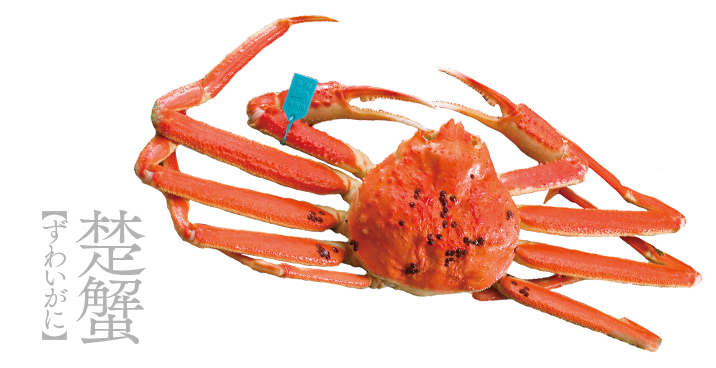 Kano-gani, or the snow crab, one of the most known winter seafoods, are named after the Kaga and Noto regions of the Ishikawa Prefecture where they are caught. Fishing for them is only permitted during certain times of the year. Restrictions are lifted from November 6th to March 20th. On November 7th the market is flooded with blue-tagged snow crabs, so marked for their catch location. The ones from Kanazawa are highly ranked.
Boiling is the most common way to cook crab, but they’re also enjoyable as sashimi for their sweetness, grilled for their savory flavor, or shabu-shabu style: the legs are dipped into boiling broth and cooked very lightly. 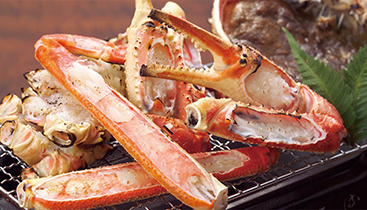 Female snow crab, called kobako-gani, are a gem among Kanazawa winter delicacies, literally! Kobako means “little jewel box.” As the name indicates, it is filled with beautiful and delicious eggs.
Boiling them and eating the eggs, innards and meat all together is a great way to enjoy kobako, but it can also be cooked with rice or stuffed in the shell and served in a soup dish like oden. 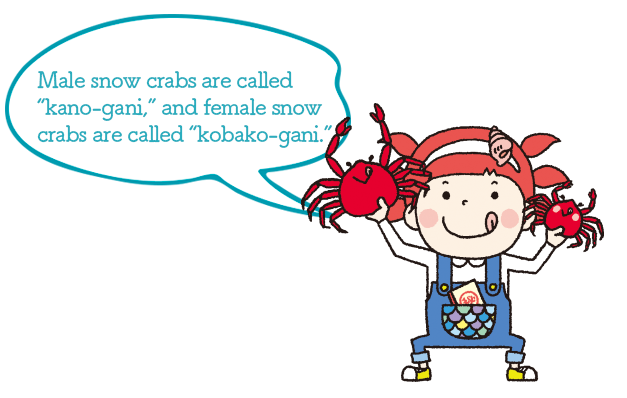 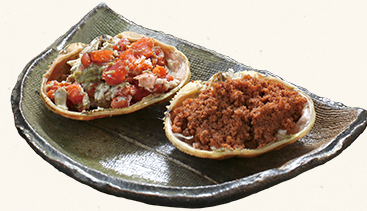